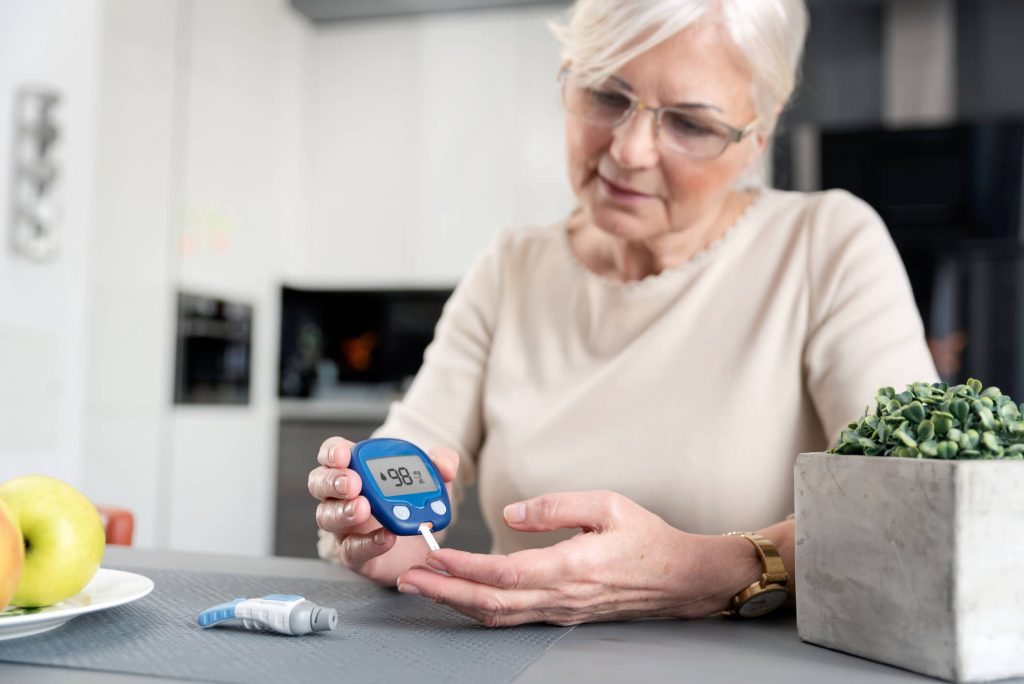 Type 2 diabetes, also referred to as adult onset diabetes, is the most common form of diabetes. The chances of being diagnosed with diabetes increases with age. Seniors with diabetes are an especially vulnerable population as they are at a higher risk of falls, function disability, and cognitive impairment. Seniors with uncontrolled diabetes can lead to other serious diseases such as kidney disease, blindness and could potentially require amputations, so it is very important to practice healthy habits.

Enjoy an activity such as walking, swimming or even dancing If possible

Drink water instead of sodas and juices

Make most of your grains whole grains